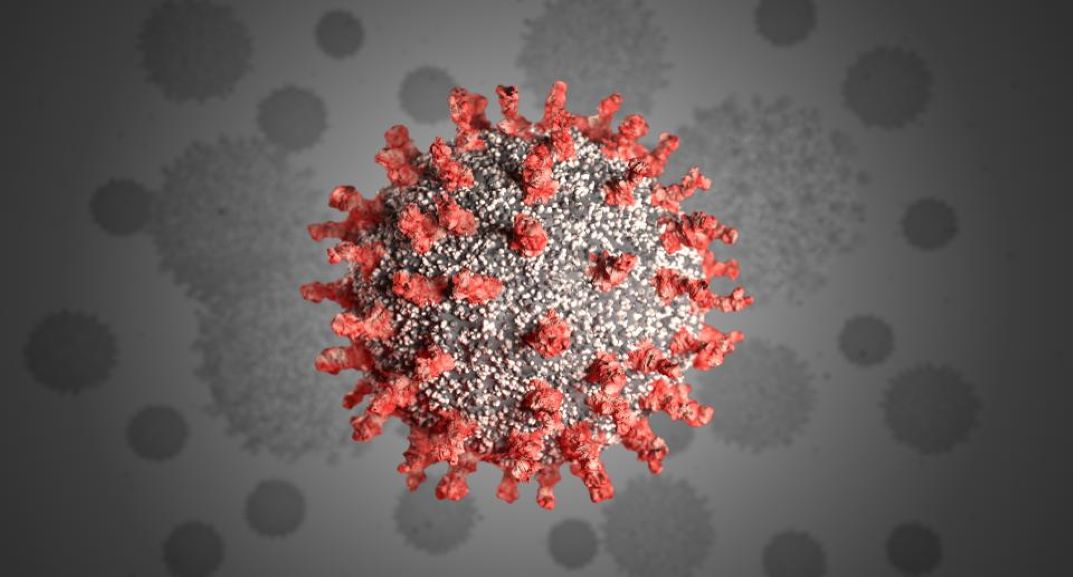 The basic history narrates that the Coronavirus was found in 1965 firstly, when Tyrrell and Bynoe (Two Inspection workers or investigators) were able to pass the virus directly through the organ cultures of embryonic Respiratory track, especially the Trachea region where it was recovered. This strain was B814 that was obtained with a common cold in adult. The presence of an infectious agent was vaccine by the medium from these cultures administrated through nasal in human, hence colds were produced as a result significantly in the proportion of subjects, but Tyrrell and Bynoe were failed to grow the agent or substances in tissue culture at that time. At the same time, Hamre and Procknow were able to grow five different viruses` strains from the help of those Students which were already suffering from Cold. Which were grown on secondary embryonic human Kidney. Both B814 with contrasting Hamre virus which she named 229E, were average sized and sensitive having the resemblance of IBV and therefore it was to be required a lipid-containing coat for infection or effects to be released subsequently , but these 2 viruses were not related to any known myxo or  paramyxoviruses.

The Coronavirus strains in humans were originated from the specimens isolated during Upper Respiratory Diseases. Those five virus strains, which were discovered have already been volunteered or administrated in human, resulting the minor colds and dry cough produced by Rhinoviruses. This sought of infection may occur or is widespread in all ages and is gaining the attention of the Worldwide Population with respect to it speedy spread and it is not only causing these symptoms like cough cold or dry cough, but is also fluctuating the economy of the world covering all departmental stores, community halls, sports academies, convention centers, educational institutes, groceries, stock exchange, workshops, shopping malls and which is not the end it is also killing the people day by day very quickly. The Coronavirus after gaining the strength from China is rotating its effects on surroundings including Europe and Asian countries.

Coronavirus is increasing its speed day by day and overwhelming death are occurred around  7,131 people  and total cases to be found are observed 181,617, fortunately 78,339 patients are found to be recovered. The top leading country i.e., China have faced deaths of their civilians for around 3,213 and number of cases to be found is 80,880 with the healthy recovery of them includes around 67,819. Moreover in Italy which have hit around 17,660 cases of it, and the death have been increased up to 6,500 with the recovery of around 64,037 and almost 114,544 cases are involved in the Corona recently. The most astonishing results of especially Europe shows that the deadliest record of death on 16th march was recorded as 593 and 2,337 is the total death recorded in overall Europe countries. This is not the end, in fact in Iran the total death occurred is recorded 885 and the total cases raised are 14,991, which is the alarming situation and have red alerted the nearby areas and border located regions like Baluchistan which is connected via Taftaan Border and the emigrants are bringing this infection to Pakistan and more likely in Sukkar there are total 76 people with positive corona results and 24 from Karachi, gathering  one patient more from Hyderabad adjoining 5 cases from Khyber pakhtun khwa and 10 cases from Baluchistan, three by gilgit and one by Punjab have contributed the total 184 cases from Sindh.

EFFECTS OF CORONA ON WORLD:

The corona have created a big trauma on the globe, as it is not only spreading its infectious agents but also have landlocked major countries like china, in contrasting with the  America state bars and venues to be closed with entertainment sites and restaurants are highly prohibited to deliver with limit. They have reduced the ban on grocery and retail pharmacy shops providing ease. Not only this but the nightclubs, bars and gymnasium are told to be closed till 31st march. The events, marches, parades including wedding and other ceremonies to be cancelled having more than 50 people due to transmission of viral infection. The school and educational institutes are told be postponed their classes and city`s schools till 20th April. However in Pakistan all educational institutes have been granted the holidays as their summer vacations till 31st may, while on the other hand the colleges would be remain closed till their annual papers which is to be held in the month of June and new academic session would be begin from 1st of June. To give support to students, universities have acknowledged their students for the conduction of online classes on WhatsApp or Facebook. Which again have created a mess for those who cannot afford mobiles and strictly attached on live regular on going classes. In addition to this the abroad arriving and departing flights are prohibited from different airlines, for an instance PIA would be likely to lose its 12 Million for a day for its abroad flights. Apart from Karachi, Lahore and Islamabad the inter cities flights are cancelled until further noticed may come from ministry of health.

FACILITIES PROVIDED BY GOVERNMENT TO THE COUNTRIES:

Those patients who has confirmed the COVID-19 are suggested to keep themselves  in isolation room, which is the first facility provided through maintaining camps at check post and centers from where people are travelling or migrating through certain borders are fully under observation with free scanners for them to judge either they have positive or negative symptoms. 2nd facility is providing the precautions through media, newspapers and social media who are playing their role on individual bases to calm people and so that they could protect and fight with the Coronavirus with implementation of Hand sanitizers through washing their hands with soap at a steady speed and the most important item which is lacking its existence due high price and less affordability of middle class people is FACE MASK and face tissues. Although a great step have been taken by the political and federal bodies with the contact of Military leaders to do regularly the screening and blood tests to be on the regular bases by the alert commanders which are appointed on their duties to serve the nation. The Borders are also occupied on high red alert as immigrants are departing and arriving from different territories so the huge damage will not be afforded as this will eventually leads the economic crisis.

VACCINE OF THE CORONA:

China is the first country from where the corona is detected and from there it has infected more than 194,000 in the world and around 7,800 are at least killed. A lot of scientist and companies have started working on its prevention which is the vaccine for its treatment. Funds have been raised for this purpose by organizations and different firms including the sectors of government and federal partnerships. Example BNT162 is the name of that vaccine which was tested on trial bases with the collaboration of Shanghai Pharmaceutical Group which promote the trails to be done in Germany and US as they are likely to introduce this vaccine jointly to prevent COVID-19. It is the m-RNA based vaccine on which they have started working on immediate bases for the intermediate treatment of influenza. Other researchers have started making vaccines and have also proceeding its trails on animals and people, but still no vaccine is perfectly implemented or you may conclude that the best way to prevent your immune system is by Keeping your hand`s washed after every hour or by coming back to home after work or busy day and by stop approaching people by visiting them in gatherings which will obviously insist them to shake hands but a control to this is reducing the visiting the crowds. If a person is still keen to go then there should be face mask implementations.

A great financial and economic crises currently the world is facing is not only collided with it but covering the Industrial sectors majorly including China, Germany, Italy, Australia, Canada, UK and US. It has pushed the world to an extent that Business operations are being disturbed and due to the closure of factories and offices lacking the labor resulting the shortage of productivity, because as the population is raising day by day need to meet the demand of food, shelter and clothes. These facts states that the loss of a day is a loss to the daily workers who works on daily wages or monthly. Complete shutdown of city would be resulting a complete breakdown to human`s earning for the security and stability of world. There would be more and more a complete recession of stock markets because of the fall of the points. It`s a complete threat for the components like the unavailability for supply chain, having the ripple effects due to COVID-19. The output is reduced and demands are increasing speedily day by day. Here the optimum role is related to the Government who has promised to spend the money in this critical situation, But the lack of trust of the people have already convinced them that whether they would going to take action or not! If this is not alarming condition then what is more shocking than knowing about the Manufactures, Sellers, Builders and Retailors who are considering themselves as if they are terminated for short time of period or until the infection may last. Problem for business has been created by increasing rate of inflation and creating the Downfall for its revenue generation.

Until it was reached to US, CORONA received little coverage but as soon as the cases started to strike more in numbers in china, the interest of media got highly developed. The domestic televisions and media didn`t pay a lot of attention until February, then the news coverage begins to get increased via several hours. The strong online news and links to be promoted and interests were seen soon after the cases begins to get high within the globe. Soon after this, the mentioning of masks were also increases on media, which ultimately created the awareness about it to the sleeping public. Putting all this in a bunch, derives our attention to the outbreak of corona and immense importance towards it. But they were quietly late in bringing both heart breaking news together i.e. the corona news with the shortage of face masks in pharmacy and departmental stores. Media is updating each and every public closures of places and banning of activities to fight enthusiastically with this infection, by live streaming and online breaking news so that the news and details of what is actually happening in the world could be easily reached to the Globe. International media is also doing struggles to make a sense of Coronavirus symptoms, preventions, treatments and for complete cure, they have cut down the stereotypes by reaching to those patients who have shared their own histories and stories. The media has consciously reported on the number of the cases with infected victims and possible causes of the viruses. It has also increase the work of Newspaper generating companies which have remarkably increased the earning of the labor and management faculty. But what if these offices would get closed? Then how the public would make them updated about time to time cases of Corona.

Common signs of COVID-19 includes Flu, cough, sneezing, with the enhanced shortness of breath but in severe cases, this infection can cause pneumonia with respiratory syndrome. COVID-19 is an ultimate death firstly because of no vaccine generation up till now and the other cause of it, is social anxiety which have already meant to keep the people in isolation, which is the hardest hit, but some observers and researchers has commented already that this was already confirmed that this sought of virus had to be entered the world with biggest turmoil of Deaths.